The Detrimental Effects of Thermal Bridging: It’s All About the Physics. Part 2

The test methodology focuses on the 2nd Law of Thermodynamics – in particular; heat migrates to cold. The test is simple, intuitive and repeatable. Identical ice blocks (by weight) become low-tech air-conditioners. Ice melts as it warms. The faster it warms, the faster it melts. The ambient outdoor environment changes in real time. 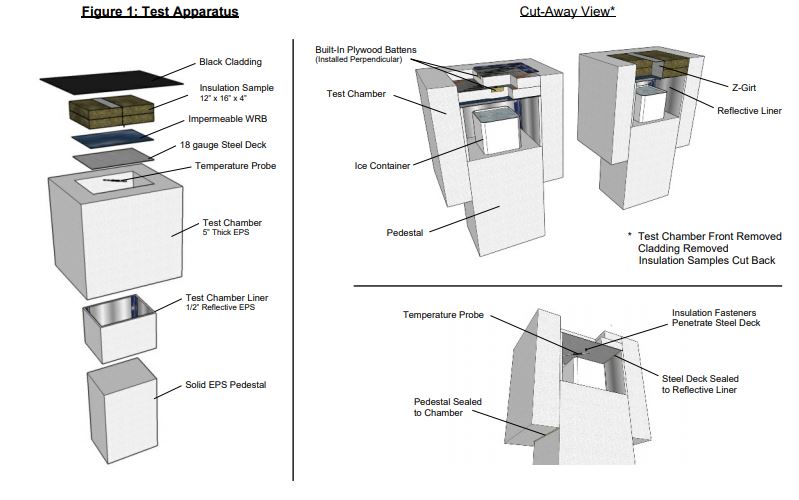 Note from the Author:

Do your own testing. You can make your own test boxes. Depending upon the testing ambient environment, your results will vary somewhat from these results. However, assuming the test box assembly is effectively air tight, the trends from your testing will align with ours. Learn more at quiktherm.com

Ted Cullen is President at Quik-Therm Insulation Solutions. Over the past 10 years, he has designed and developed several multi-functional innovative insulation technologies. Cullen has applied for and been granted 3 utility patents. 2 other insulation technologies are currently in the “patent pending” stage. One proprietary invention; a unique pressurized propulsion technology has been successfully manufactured and marketed for over two decades. Ted can be reached at ted@quiktherm.com